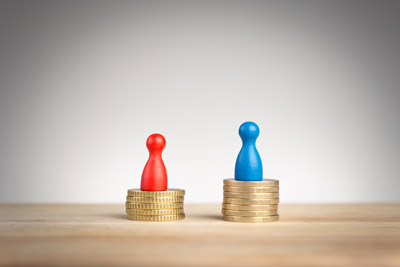 In addition to the public law licensing regulations, employee leasing (also referred to as temporary employment) involves a number of special features that regulate the contractual relationship between the parties of the employment contract (employer/leasing party and employee/temporary worker).

The most important special feature of employee leasing in this context is the legally prescribed principle of equal treatment (Equal Pay and Equal Treatment) pursuant to § 8, Para. 1, Clause 1 of the German Law on Temporary Employment (Arbeitnehmerüberlassungsgesetz, AÜG).

According to this, in Germany the employer must grant the temporary worker those working conditions that apply in the business of their customer (the hiring party) during the period of temporary employment. These include

In practice, this sometimes leads to disputes. Recently, the German Federal Labour Court (Bundesarbeitsgericht, BAG) had to address the question of how the employee must present his or her claim to equal pay in court and whether the claims arising from equal pay are subject to limitation periods under the employment contract.

The burden of proof lies with the temporary worker

In addition, it is possible for the temporary worker to use the remuneration paid to a comparable permanent employee as the basis for the equal pay claim. According to the Federal Labour Court, it is not sufficient if the temporary worker refers to a general remuneration scheme without specifically stating that this scheme applies and how they are to be classified within this scheme.

Advice on the drafting of German employment contracts

Lars Gerbe offers our clients comprehensive advice on all questions of employment law and employee data protection. In particular, he represents and assists employers - both commercial enterprises as well as nonprofit institutions and professional associations - in employment law, also in connection with collective labor law issues.