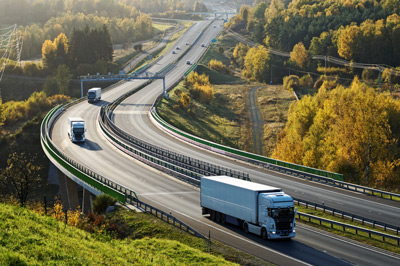 A large number of regulations must be observed when leasing staff abroad. The European Court of Justice (ECJ) has now ruled that, under certain circumstances, collective wage agreements from other EU member states must also be applied to the employment relationships of (German) posted employees – and vice versa, German collective wage agreements must also be applied to foreign employment contracts.

The background to this decision is the case of a truck driver who is regularly posted by his German employer in other European countries, in particular in the Netherlands, in order to fulfill his duties under his employment contract. Among other things, this driver also loaded and unloaded his truck in the Netherlands. As a result, a Dutch trade union filed a complaint against the fact that the Dutch collective agreement had not been applied to the employment relationship of the German truck driver. Posted employees may have to be treated the same as domestic employees in certain respects.

Connection to the territory of the receiving country is essential

The ECJ stated that a worker can only be regarded as posted to the territory of a Member State if his work has a sufficient connection with that territory, which requires an overall assessment of all the factors characterizing the activity of the worker concerned. In this regard, it should be noted that the existence of such a connection with the territory in question may be shown, in particular, by the characteristics of the service which the worker in question is employed to provide. The nature of the activities carried out by that worker in the territory of the Member State concerned is also a relevant factor in assessing the existence of such a connection.

According to the ECJ, merely driving on Dutch roads does not in itself lead to such a territorial connection of the truck driver to the Netherlands. In addition, further criteria are required, such as cleaning the truck and, in particular, loading and unloading. Overall, the answer to the question of whether there is a sufficient connection to the territory of the receiving state can cause considerable difficulties and must be assessed strictly on a case-by-case basis.

Foreign collective agreements to be applied

If these characteristics are taken into account and a worker is to be regarded as posted – because there is a sufficient connection to the receiving member state and the essential work is therefore performed in that state – those foreign collective agreements that have been declared generally binding must also be applied.

For employers, this means that in addition to the already extensive civil law, tax law and social security regulations on leasing staff, they must also check whether a collective agreement has been declared generally binding in the receiving state and whether this is applicable under certain circumstances.

Overall, the legal situation for employers who post employees to (European) foreign countries is becoming increasingly complicated. We are at your disposal at any time for questions regarding the posting of employees.

Lars Gerbe offers our clients comprehensive advice on all questions of employment law and employee data protection. In particular, he represents and assists employers - both commercial enterprises as well as nonprofit institutions and professional associations - in employment law, also in connection with collective labor law issues.