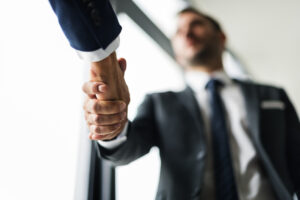 In contracts, such as company purchase agreements or supply agreements, there are often clauses according to which a party is not wholly obliged to perform (e.g. to supply certain goods) or to bring about a success (e.g. to prompt the approval of the antitrust authorities in the case of the purchase of a company) but “only” obliged to try to do so with their “best efforts.”

In German language contracts, the party then undertakes to expend their “bestes Bemühen”.

A prominent example is the supply agreement between the EU Commission and AstraZeneca for the supply of the COVID-19 vaccine by AstraZeneca to EU member states. In the latter, the parties have recently exchanged, through the media, their diverging views on the level of AstraZeneca’s contractual obligations.

The EU Commission has published the contract with AstraZeneca (with obliterated text portions), which allows us to go into detail here for illustrative purposes.

“Best Effort” obligations can be the right solution

It may be reasonable and appropriate for a party in a contract to commit only to “best efforts” rather than a service or success. This is always the case if the party does not have sufficient control over whether the service can be rendered or the success brought about, for example, because third parties must cooperate or it will depend on other circumstances over which the obligated party has no control.

This is the case, for example, in the acquisition of a company when antitrust approval or another type of approval from a public authority is required or the consent of third parties to the transfer of a contract, e.g. a real estate lease, to the buyer. Here, the obligated party cannot bring about the desired success with certainty and therefore does not want to be liable if it does not succeed. Consequently, it would not even be willing to make an absolute commitment to bring about that success.

The AstraZeneca contract with the EU was concluded in August 2020, which was a time when clinical trials of the vaccine had not yet been completed, a marketing authorization for the European Union had not yet been granted and there was not yet sufficient production capacity at AstraZeneca.

It is understandable that AstraZeneca was not prepared to commit to binding supply quantities at specific dates. At least not according to the terms offered by the EU.

Commitment to “best efforts” is also a binding obligation in Germany

On the other hand, however, the “best efforts” obligation is also a binding obligation. It is only that a specific success is not owed, just the “best effort.” Exactly what is to be done to bring about success is a matter of contract interpretation, often with uncertain results.

In practice, one tries to define this more precisely through certain formulations and definitions. Thus, in the said agreement, AstraZeneca has committed itself to a “best reasonable effort.” The agreement also defines what is meant under this, namely

Incidentally: Some obligations of the EU and its Member States are also formulated in the contract only as “best reasonable effort” obligations.

“Best effort” is often understood to include commercially disproportionate measures – up to a sacrifice limit that is unclear in detail – if they are necessary to bring about success.

We are happy to advise on the negotiation of company acquisitions, supply and other complex contracts and to help find the right contractual clauses for obligations with uncertain fulfilment. Because that is unfortunately often the case right now in the pandemic.