Letter of Intent and Term Sheet in M&A transactions 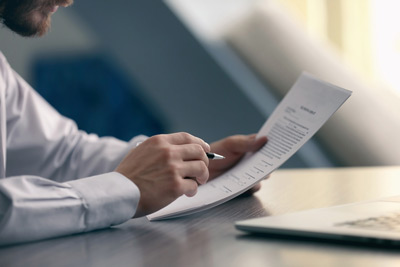 The takeover of companies or mergers with other companies is becoming more and more important. Be it to eliminate a competitor, to expand the business field or to efficiently bundle business potential – motives for merging companies are countless.

What is the letter of intent (LOI)?

A LOI usually contains legally non-binding as well as legally binding regulations regarding the intended transaction.

At the beginning of the negotiations of complex transactions, such as company acquisitions, joint ventures and private equity financing, the parties usually conclude a Letter of Intent (LOI).

The Letter of Intent is referred to as a “letter” because it is formulated as a letter from one party to the other. Nevertheless, it is usually negotiated between the parties.

What is a term sheet?

The term sheet is very similar. It is also often referred to as Heads of Agreement or Memorandum of Understanding (MoU). However, the term sheet is not designed like a letter, but rather like a contract, whereby the agreed regulations are often only briefly described.

Non-binding provisions in the LOI and term sheet

The non-binding regulations include the indication of the key points. In the case of a company acquisition these include, for example

The non-binding regulations also include those concerning the further steps to be taken until final contracts are concluded and the time schedule envisaged for this purpose, e.g.

LOI/term sheet for early assessment of the transaction

The conclusion of the LOI/term sheet does not oblige the parties to continue the negotiation process until the end or to conclude the final contracts. However, under German law, it does establish a pre-contractual legal relationship that obliges the parties to be considerate.

A LOI/term sheet is intended to enable the parties to agree on the key points of the transaction at an early stage of the negotiations, so that they can move forward together.

In this way, it can be seen at an early stage whether a compromise is possible on controversial key points or whether it is better to break off negotiations that do not promise much success before considerable effort is expended, e.g. for a due diligence review or the drafting and negotiation of the necessary contracts.

Exclusivity of the negotiations

Last but not least, the conclusion of the LOI gives the parties the opportunity to agree on exclusivity, e.g. obliging the seller of the company not to enter into negotiations with any other party on the purchase of the company for a certain period of time.

The conclusion of a LOI/term sheet is therefore recommended for all types of transactions that require more effort.

Even though the regulations on the key points of the intended transaction are not legally binding, they do in fact determine the terms of the final contracts at an early stage. Any deviation from these regulations is often difficult to achieve in later negotiations. It is therefore advisable to consult a lawyer at an early stage when drafting and negotiating the LOI/term sheet. We will be pleased to assist you in the drafting and negotiation of a LOI or term sheet.