Ban on Sale of Flavored Tobacco in Germany 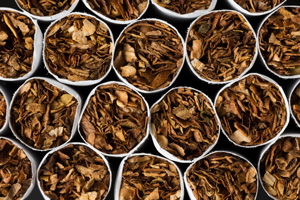 The ECJ’s ruling will mean the definitive end of flavored tobacco in Germany.

The sale of flavored tobacco, i.e. tobacco with characterizing flavors (e.g. menthol or vanilla) that mask the taste or odor of tobacco are prohibited within the European Union (EU). However, a transition period has been granted to sellers of cigarettes and other tobacco products, whose sales volumes within the EU amount to 3 percent or more of a specific product category, like menthol, for example. Hence, the ban will apply to them as of May 20, 2020.

Doubts raised as to the lawfulness of the ban

A German tobacco company believed that the national legal provisions on the ban of flavored tobacco and information mentioning the flavors, which were intended to implement the EU-wide ban, were unlawful. The company wanted a part of the existing market share and brought action. The Administrative Court of Berlin, which was seized of the case submitted the questions to the European Court of Justice (ECJ).

Not surprisingly – the ECJ confirmed the sales ban (Judgment of January 30, 2019, Case C-220-17) and the prohibition of advertising flavorings. In its reasoning, the court referred to the special protection of public health. Tobacco consumption should be prevented from the outset. This aim justified even an intervention in the fundamental freedoms of tobacco manufacturers and trademark owners.

The ECJ’s ruling will mean the definitive end of flavored tobacco in Germany. However, tobacco law will likely continue to preoccupy the courts.

As we already reported, the EU banned tobacco for oral use by the tobacco directive 2014/40/EU. However, so-called chewing tobacco is exempted from this ban. However, the distinction between illegal tobacco for oral use, also referred to as “sucking tobacco“, and chewing tobacco is difficult and will likely continue to preoccupy the national courts and – as most recently on 10/17/2018 – the ECJ. In fact, the definition will decide on whether or not a product will be allowed for sale.

Still no tobacco tax on e-cigarettes

Under German law, there is no tobacco tax or comparable duty on e-cigarettes yet and this issue will probably give rise to much controversy. The Federal Ministry of Finance is already working on such tax. Its amount is planned to depend on the nicotine content of the so-called liquids.

Countries like Italy or Finland have already introduced a tax on e-cigarettes. However, they have made bad experiences, as most customers then just purchased the goods in other countries. In Germany, experts still disagree on whether or not e-cigarettes are harmful to health and, hence, a tax is justified. However, as tobacco tax revenues are declining, we are sure that such tax or duty will certainly be introduced in order to fill the gap in the country’s revenues. If a duty on e-cigarettes is introduced, a uniform and clear EU-regulation would be desirable in order to avoid a European “patchwork” of legislations.

We will be pleased to provide advice on any legal questions relating to the sale, import, and the packaging of tobacco and tobacco products.