Besides the common cigarette, smokeless tobacco products are a popular form of consuming tobacco. Smokeless tobacco does not involve a combustion process but is intended for oral use. The EU prohibited the sale of tobacco products for oral use by its tobacco directive 2014/40/EU. The German legislator has implemented the prohibition in Section 11 of the German Tobacco Products Act. However, the Act provides for an important exemption: “chewing tobacco”. 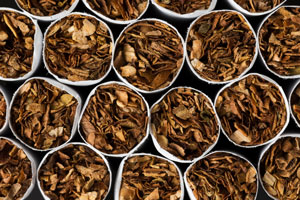 This exemption has actually sparked ongoing debates on what products exactly are covered by the term of “chewing tobacco”. The definition has important economic consequences. The distinction between (prohibited) tobacco for oral use and (permissible) chewing tobacco is difficult.

The European Court of Justice (ECJ) recently provided a clearer understanding. In its judgment of 117 October 2018 (Case C-425/17), it ruled that chewing tobacco only included products which can release their essential ingredients in the mouth only by chewing. Merely keeping the product in the mouth, i.e. “sucking” it, is not sufficient. This means that the actual taste of the chewing tobacco is released only by chewing it.

However, even after the mentioned judgment, the definition of chewing tobacco remains vague and depends on the decision in the individual case. All the relevant objective characteristics of the product and factors such as the method of dispensation, the product’s consistency, and the actual use by consumers are decisive. The ECJ’s decision has only partly brought light into the dark.

Before launching sales of tobacco products, manufacturers and suppliers continue to be well advised to seek legal advice on whether or not their products qualify as chewing tobacco. Even from a tax perspective, a review is recommended. Because tobacco does not qualify as chewing tobacco simply because it is sold as such. The fact that manufacturers and suppliers wrongfully sold products as “chewing tobacco” in order to circumvent the prohibition, has recently been a thorn in the side of public authorities and courts.

We will be pleased to provide advice on any legal questions relating to the sale, import, and the packaging of tobacco and tobacco products.