The Federal Financial Supervisory Authority (BaFin) has published a new, detailed information note on the current legal situation regarding the so-called Initial Coin Offerings (ICOs) and Security Token Offerings (STOs). The authority explains which licensing obligations may exist for an ICO, when a security token is available and which documents must be submitted to BaFin in order to obtain legal information or approval for one’s own project. 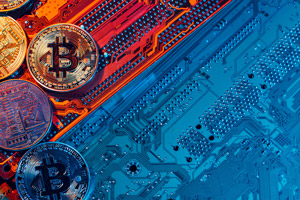 The Federal Financial Supervisory Authority has published a new information note on the current legal situation regarding ICOs and STOs.

Investments on the blockchain are a security

BaFin is initially sticking to the traditional division of tokens:

A typical feature of a security token is that it represents a social right, for example a share or a bond. In addition, BaFin also assumes that a so-called asset investment, which is made tradable via a security token on the blockchain, “mutates” into a security.

Since much is still unclear in the area of Distributed Ledger Technologies (DLT) such as the blockchain, it is advisable to coordinate one’s individual project with BaFin. For this purpose, BaFin has published a catalogue of necessary documents in its leaflet, which is needed to provide concrete advice. These documents require professional processing and legal preparation in order to be translated into the “BaFin language”.

Those interested in ICO and STO should contact an attorney with expertise in supervisory law and in cryptocurrencies. WINHELLER has been successfully advising companies in the field of blockchain technology for several years and will be happy to assist you in the implementation of a successful ICO/STO.