In its latest journal, the Federal Financial Supervisory Authority (Bundesanstalt für Finanzdienstleistungen, BaFin) has addressed the regulatory assessment of financial instruments that are brought onto the blockchain. This so-called tokenisation means that instruments such as shares, bonds or subordinated loans can be digitised and facilitates simple, exchange-like trading of these so-called security tokens using the blockchain.

Digital assets are governed by securities laws in Germany 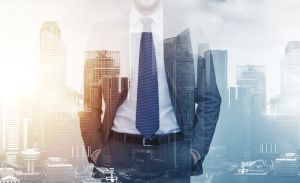 This opens up new opportunities, especially for traditional investments within the scope of the German Investment Act, such as participatory loans, profit participation rights and registered bonds. Such investments are classically extremely illiquid and virtually non-tradable. In most cases, the investor can only refer to the company itself in order to get rid of his investment. If, however, the investment is represented by a token on a blockchain, it can in principle be resold to other interested buyers at will.
As a result of this easy tradability, which is de facto comparable to a stock exchange, the BaFin now classifies such tokenised assets as securities. They are therefore no longer subject to the Investment Act but to the Securities Prospectus Act and the Securities Trading Act.

This means that issuers of security tokens do not need an investment prospectus but a securities prospectus before they can offer their tokens to the public. While this involves a certain degree of effort, there are also advantages. A prospectus approved in this way can, for example, be used throughout the entire European Union and the European Economic Area via the so-called European Passport. Thanks to the blockchain, once a security token has been approved it can not only be traded across borders, but there are also hardly any legal obstacles involved.

This clear stance of the BaFin establishes Germany as the ideal location for issuing a security token in a legally secure manner. Issuers no longer have to speculate about how to classify their planned financial product or rely on local laws such as the Maltese Virtual Financial Asset Act, the rules of which cannot be applied to the rest of Europe. We will be pleased to advise you on the configuration of your security token and to assist you in the preparation of a securities prospectus. You can reach us by phone +49 (0)69 76 75 77 80 or by e-mail: info@winheller.com.