Trademark Infringement on the Nespresso Bicycle? Charity vs. Food Company 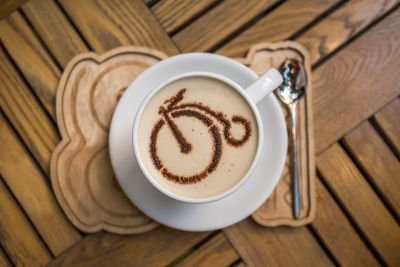 The Nescafé project’s name is very reminiscent of the British charity “Re-Cycle”, which secured the name a good 20 years ago.

The Armenian singer Charles Aznavour once said that a good weakness is better than a bad strength. The world’s largest food company probably thought the same thing with a simple idea: So why not praise the used Nespresso capsules as climate savers? In cooperation with the Swedish start-up “Vélosophy”, aluminum capsules are now used to make aluminum bicycles.

This guarantees that with every purchase of one of the nearly EUR 1,300 expensive bicycles, another bicycle will be donated to a schoolchild in Africa. Finally, the charitable project is to be marketed with the sonorous name “Re:Cycle”. A round thing then?

With the exception of the horrendous price for a 5-speed bicycle with a wooden basket and two integrated cup holders (and no, it’s not an e-bike), the project name is very reminiscent of the British charity “Re-Cycle”, which secured the name a good 20 years ago. Recently, the association, which collects used bicycles and gives them away to needy people in Africa, delivered its 100,000th bicycle. So, the trademark law is not entirely unproblematic.

Is a trademark lawsuit on the horizon?

Despite the possible legal conflict, there has not yet been a legal dispute; after all, in the charity sector people work for the same cause. As a conciliatory offer, Nestlé has made it possible for buyers of the new Nespresso bike to make their old bicycle available to the English “Re-Cycle” association. It remains to be seen whether the established association will be satisfied with this. Nestlé is likely to lose out in court, which is why the company is unlikely to go down this road. After all, one does not want to attract bad publicity from a good weakness.

This prominent example shows that ill-considered actions in the field of trademark law can have consequences for companies such as Nestlé. This risk also applies to companies in Germany. According to Section 14 (1) of the German Trademark Act (MarkenG), trademark protection grants the owner an exclusive right. Without consent, third parties are prohibited from using the trademark. For this reason, companies such as Nestlé should ask themselves some questions before publicly using project names such as “Re:Cycle”.

Nestlé as an example of a problem

First, companies must be aware of the overall situation. In our example, Nestlé does not seem to have been aware of a parallel use, the Re-Cycle. Because of this carelessness, the company is now faced with the problem of having initiated a project with high publicity value and may have to change its name or have to pay damages. This circumstance turns out to be “unfortunate” for Nestlé, especially considering the value of recognition and the grip of the chosen slogan.

Companies can, however, protect themselves prior to market penetration by checking whether the sequence of signs they choose already exists and is protected as a trademark in the market. This can be easily outsourced to external verification service providers. This step is indispensable because even a negligent trademark infringement pursuant to § 14 (6) MarkenG can lead to a claim for damages. If not all possible and reasonable investigations are carried out in order to avoid overlapping with already existing trademarks, the care required in trade will not be observed. Thus, the objection of not having known the infringed trademark rarely leads to success.

Avoiding the risk of confusion with brand names

The aim of the review must be to avoid the risk of confusion as it may give rise to a claim for damages. A likelihood of confusion exists if the public might believe that the goods or services may come from the same undertaking or from economically-linked undertakings. The decisive factors are whether the signs or the goods or services are identical or similar and what distinctiveness the earlier sign has.

In the present example, the almost identical semantics of the signs suggests a confusion. In addition, both signs refer to a, to put it simply, transfer of bicycles. Ultimately, the sign “Re-Cycle” is much older and has had a noticeable place and recognition value in the public eye for years. The high number of bicycles made available is a clear indication of this. It can therefore be concluded that confusion between the two signs cannot be completely excluded. It can certainly be assumed that a large number of people who already know “Re-Cycle” assume that Nestlé’s “Re:Cycle” sign is associated with the former.

Even if this is only an exemplary case, as neither Nestlé nor Re-Cycle come from Germany, the danger for local companies is evident. The use of catchy slogans or signs can quickly become a trademark dispute. If this is not recognized quickly enough, it can sometimes lead to considerable claims for damages by the older trademark owner. In this case, timely support by legal advice is a good idea. Our attorneys for trademark and competition law will be pleased to assist you with trademark applications and trademark disputes.