Telecommunications Surveillance in Germany: When Will My Private Calls End Up in Court? 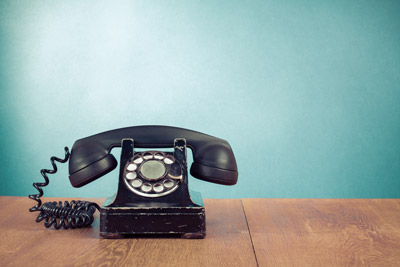 When Will My Private Calls End Up in Court?

Tax evasion is a serious offence

Serious offences include terrorist activities but also white-collar crime, such as organized tax evasion or forgery. Public prosecutors are not too discerning when it comes to the concept of “organized crime”. In one case, for example, we discovered that, on the basis of a telephone conversation, during criminal proceedings not only a supposed tax consultant but also their customers were accused of being parties to tax evasion, although in the specific case there was no reason to suspect tax evasion on an organized scale.

It is not just the suspect who is affected by telecommunications surveillance. Relatives and other persons living in the same household may also be involved. However, no findings from the “core area of private life” may be used by the law enforcement authorities. Records of any such findings must be deleted immediately. It is also not permissible for statements made by persons who are entitled to refuse to give evidence to be used in court.

The German Federal Constitutional Court has made it more difficult to use statements or findings from persons whose profession entitles them to refuse to give evidence in court. In addition to lawyers, these include notaries, clergymen and members of recognized counselling bodies. One can therefore speak with these persons freely and without the risk of wiretapping, e.g. to discuss a defence strategy.

Inevitably, however, third parties on the other end of the telephone line will also be recorded during telecommunications surveillance. So what happens if I am on the phone with a person who is being wiretapped? Can I expect to soon be facing charges if I tell my friend on the phone that I’ve been doing 100 km per hour in the city center again?

If the authorities come across such “chance findings” in the course of telecommunications surveillance, the question arises as to whether these may also be used as part of criminal proceedings. According to the jurisdiction of the German Federal Court of Justice, such a chance finding may only be used in court if telecommunications surveillance would also have been permissible with regard to the criminal offence which was discovered by chance.

The violation of the speed limit in the city center in our example is not included in the catalogue of serious offences in Section 100a Para. 2 StPO (German Code of Criminal Procedure). Punishment of this offence, if evidenced by such a chance finding, would therefore generally not be legally tenable. Under certain circumstances, however, other offences could be prosecuted.

A distinction must be made between a so-called related offence and a chance finding. Even if it is not a serious offence, the use of evidence is nevertheless permissible if it is closely related to the offence specified in the surveillance warrant. This means, for example, that one could be prosecuted for aiding and abetting the offender in the use of the proceeds from the crime. Distinguishing between chance findings and related offences may prove to be quite difficult in practice.

Some telecommunications providers have designed their business model to treat their customers’ communications content and data as confidential. In the past, these conversations were protected from access by third parties and thus also from surveillance by criminal prosecutors by means of various types of encryption software. Due to a controversial amendment to the law, prosecutors now also have access to this encrypted content.

With so-called source telecommunication surveillance, the authorities can directly access the communication source before it is encrypted. From now on, telecommunications providers are obliged to record call data and, in the event of a lawful telecommunications surveillance warrant, to hand it over to the public prosecutor’s office. The German Federal Constitutional Court ruled this to be permissible in its decision of December 20, 2018 (case number: 2 BvR 2377/16 – NJW 2019, 584).

If the person concerned is confronted with evidence originating from telecommunications surveillance, this evidence must be examined in each individual case as to whether it can be used in the criminal proceedings or whether it is subject to exclusion of evidence, due to having been obtained by legally inadmissible means.

Our experienced defence attorneys will be happy to undertake this examination as well as acting as your defence and developing a defence strategy.

Continue reading:
Unlawful House Search in Germany – What Can I Do?
Take advantage of early advice in commercial criminal law