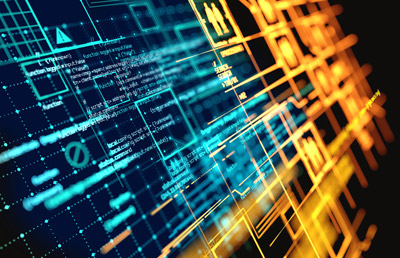 Mining has become popular in the crypto scene, particularly through Bitcoin (BTC). Miners are paid shares of BTC in return for a rendered computing service. The computing power is necessary to maintain the blockchain system. The great disadvantage here is that the computing power required to mine Bitcoins involves very high electricity costs.

Helium mining is completely different from traditional mining. This mining is conducted via radio technology and thus uses much less electricity. Helium mining makes operating so-called hotspots attractive by paying out a cryptocurrency (Helium, or HNT for short) to hotspot operators. Such a hotspot is opened by purchasing and installing a special device. As Helium aims to achieve the widest possible network coverage, hotspot operators will be particularly rewarded if devices are placed in different locations. In contrast, “classic” mining farms, which require many devices in a small space, are penalized by the algorithm for generating Helium. A lucrative option for crypto investors is to purchase devices and then set them up in as wide a distribution as possible with acquaintances, friends and family. Placement of the device with third parties is also an option.

Taxation of Helium mining in Germany not yet clarified

The taxation of profits from mining in Germany has not yet been clarified. It can be classified under other income (§ 22 No. 3 of the German Tax Income Act, EStG) or under commercial income (§ 15 EStG).

By classifying this under other income, all crypto investors have the tax advantage that only the inflow value (value of the newly generated HNT) of the cryptocurrencies is taxed at the personal income tax rate. A private sale transaction (§ 23 EStG) does not exist in the case of a subsequent sale due to the lack of an acquisition transaction. Crypto investors do not have to fear taxation when they subsequently sell “mined” coins.

If, on the other hand, there is income from the trade, not only the inflow value but also the subsequent sale of the coins received through mining can be taxed. In this case, the income is subject to the personal income tax rate of the crypto investor and additionally to the trade tax.

Are principles of traditional mining transferable to helium mining?

So far, only the Oberfinanzdirektion (OFD), a tax office, of North Rhine-Westphalia has commented on the taxation of traditional mining transactions. This office generally considers income from trade or business to be relevant in the case of mining methods that are intensive in terms of computing power and electricity.

However, there is much to suggest that the principles laid down by the OFD of North Rhine-Westphalia are not applicable to mining by radio (such as Helium mining, among others). Nevertheless, depending on the scope and concrete design of Helium mining, a commercial activity and thereby income according to § 15 EStG may exist. It therefore makes sense to seek advice from an expert in order to mitigate the tax risks in Germany.

It also plays a role in whether and how friends, acquaintances and family with whom the mining devices are placed participate in the proceeds. Because this can also lead to tax-relevant income for the persons involved, it is also advisable to seek advice in this matter.

WINHELLER advises you on Helium mining and cryptocurrencies

We will gladly assist you in the design and planning of your venture regarding Helium mining to reduce the tax risk for all parties involved. Of course, you are also welcome to contact us with any other concerns you may have regarding cryptocurrencies and blockchain. Our experts are here to support you.

Attorney Philipp Hornung works in WINHELLER’s tax law department. Based at the firm’s headquarters in Frankfurt, he advises companies, nonprofit organizations and wealthy individuals on all aspects of tax law. In addition, he specializes in the fields of cryptocurrencies and blockchain technology.