We have seen many cases lately where German tax offices write to people abroad because they earn income that is subject to tax in Germany. 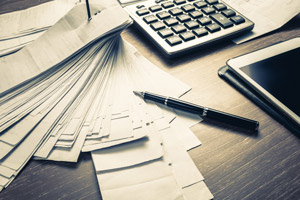 Many countries have agreed tax treaties with Germany in order to prevent double taxation.

This also affects individuals who reside in the USA and pay their taxes there in the correct manner. Many people are not even aware that they must file an additional tax return in Germany.

What kind of income is affected?

Affected are, among others

There may also be other income that is taxable.

What could be the consequences?

Under German law, taxpayers who have not disclosed some of their income may face substantial penalties. This can lead to high fines, for example. A prison sentence of several years is also possible. In addition, there are high interest charges (currently 6 percent per year) on any such tax debt. When you receive a letter from a German tax office stating that you should file an income tax return, then you should seek professional advice quickly.

What is the solution?

Depending on the individual circumstances of the case, there are various ways of preventing or at least reducing sanctions. In the case of offences which have not yet been discovered, there is the opportunity to report the offence, by doing something that is called “strafbefreiende Selbstanzeige” in German, which is to report yourself in order to minimize or avoid punishment.

However, there are some prerequisites that must be observed here. Therefore, this voluntary disclosure should not be undertaken without professional help. In our experience, even in cases where the tax office has already sent a letter, it is often possible to avoid or at least reduce punishment. The individual strategy will depend on the circumstances of each case.

So, do I have to pay taxes twice?

In most cases there is no need to pay taxes twice. Many countries, such as the USA, have agreed tax treaties with Germany in order to prevent double taxation. However, often even taxpayers who seek advice end up paying dual taxes unnecessarily out of unawareness.
We would be happy to support you and help you avoid double taxation. If you have any questions or concerns regarding tax law, please do not hesitate to contact our team of tax accountants and specialist attorneys.

Continue reading:
German Tax Law: Tax Numbers That Every Entrepreneur Should Know
With which countries does Germany have a double taxation agreement?