Bitcoin and other cryptocurrencies are not legal tender in Germany, but in the opinion of the Federal Financial Supervisory Authority (BaFin) they do represent so-called units of account. In connection with this, numerous activities such as the operation of a cryptocurrency exchange or a cryptocurrency cash machine (e.g. a Bitcoin ATM) are subject to approval by BaFin. 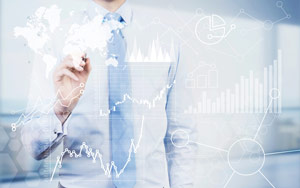 Cryptocurrencies are strictly regulated in Germany.

Recently, this BaFin assessment, which has been in force for several years, was rocked by a judgment of the Kammergericht Berlin (Court of Appeal). In the opinion of the judges, BaFin’s assessment represents a transgression of competences at the hands of the authority. According to them, only the legislator has the power to incorporate new phenomena such as Bitcoin into the scope of existing laws.

Within the context of the implementation of the fifth Anti-Money Laundering Directive of the European Union (EU), the German legislator now had the opportunity to bring the regulation of cryptocurrencies in line with the European standard. The Fifth Anti-Money Laundering Directive requires Member States to impose money laundering identification obligations regarding the safekeeping of cryptocurrencies for third parties, in particular by holding private keys. However, the Union does not currently consider it necessary to regulate cryptocurrencies beyond this.

No investment advice on cryptocurrencies without permission?

With this, the BMF overrides the judgment of the Court of Appeal. Most commercial activities involving cryptocurrencies would continue to be subject to BaFin approval. In its definition of crypto values, the Federal Ministry of Finance also overshoots the European stipulations. According to this, cryptographic values not only include virtual currencies that are used as a means of payment. Instead, all digital values that serve investment purposes are included. It is no longer relevant, what the actual use of a cryptocurrency is. It is sufficient for investors to acquire them for the purpose of later increase in value.

Germany continues to be the leading regulator

The draft bill is currently pending for consultation with the associations concerned. At this stage, as well as in later parliamentary deliberations, changes may still be made to the current proposal.

Should the draft be adopted in its current version, Germany will continue the trend of strictly regulating the cryptocurrency sector. But this does not ban cryptocurrencies. On the contrary, BaFin is open to granting corresponding approvals to cryptocurrency companies provided the prerequisites are met. Only recently, a securities prospectus for a so-called security token was approved. This makes Germany the ideal base, especially for established companies looking for a new way of financing. BaFin presents itself as an innovation-friendly supervisory authority with an excellent reputation. Without complicated and expensive initial public offerings, companies in Germany can issue blockchain-based bonds and then distribute them throughout Europe.

We would be more than happy to help your company raise financing through a token on a blockchain basis and obtain the necessary approvals from BaFin.

Continue reading:
How Can German Companies Implement Cryptocurrencies as a Means of Payment?
BaFin license for commercial Bitcoin transactions