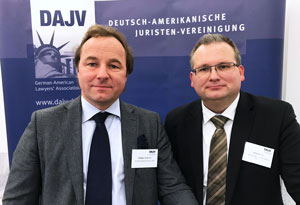 The author Phillipp v. Raven in a conversation with Jürgen Seitel, Deputy Head of Unit, Department Investment Controls, Federal Ministry for Economic Affairs and Energy, regarding controls of purchases of participations in accordance with the Foreign Trade and Payments Ordinance

An amendment to the Foreign Trade and Payments Ordinance (Außenwirtschaftsverordnung; “AWV”), in force since July 18, 2017, has considerably extended the possibilities of the Federal Ministry of Economic Affairs.

Even in the past, the Federal Ministry for Economic Affairs and Energy (BMWi) could examine whether the purchase of a domestic company or a direct or indirect acquisition of no less than 25% of the voting rights in a German company by a so-called non-EU party presented a danger to Germany’s public order or security. If this is the case, the Ministry can prohibit the purchase or issue instructions in order to safeguard the public order and security of Germany.

“Non-EU parties” means all investors from a country, which is neither a member of the European Union nor an EFTA State (Iceland, Liechtenstein, Norway, and Switzerland), hence purchasers from China, Russia, Brazil, Turkey or the USA.

Even an acquisition by an EU purchaser can be affected if the purchaser is owned by non-EU shareholders.

What is new is that, according to the German Foreign Trade and Payments Ordinance, a danger to public security or order may now be deemed to exist even if the purchase concerns a participation of at least 25% in a company that either operates “critical infrastructure” itself or develops software that is specifically designed for operating “critical infrastructure”.

Another new requirement is that companies are now obliged to inform the Ministry of Economic Affairs of the conclusion of a contract concerning the acquisition of a participation of the type described above.

Which are the sectors of German critical infrastructure?

which are assumed to be of special importance for the functioning of the community in case that certain statutory thresholds are exceeded. These facilities include power plants having an installed rated capacity of no less than 420 megawatt, for example; or airports handling no less than 20 million passengers per year.

Even hospitals and data centers may be “critical infrastructure”

One may be surprised by what critical infrastructure may include:

It does not come as a surprise that a major power station, an oil refinery, or the drinking water supply of a big city are critical infrastructure. But, in fact, “critical infrastructure” also includes large food producers, hospitals, data centers, drug manufacturers or credit card companies which have a certain size.

And, as mentioned above, it even includes the acquisition of shares in companies that develop or upgrade software specifically designed for use in “critical infrastructure”. Acquisitions of this type may also be subject to the control and prohibition by the Federal Ministry of Economic Affairs.

In 2017, the Ministry of Economic Affairs has examined approximately 80 acquisitions for compliance with predefined regulations. None of these cases led to a prohibition of an acquisition because it presented a danger to the public order or security.

The Federal Ministry of Economic Affairs can open an examination procedure within three months after becoming aware of the facts but no later than five years after conclusion of a contract concerning the acquisition of a participation, and may require the unwinding of an acquisition of participations if the statutory preconditions are met.

It is therefore advisable for both investors and sellers to check in good time whether a purchase or sale of shares will fall under the provisions of the German Foreign Trade and Payments Ordinance and whether or not the purchase of shares has to be reported or threatens to be prohibited.

WINHELLER will be pleased to help you and proactively clarify any open questions with the Federal Ministry of Economic Affairs. In some cases it may be recommended to request a certificate of non-objection in advance so as to ensure that your transaction can be carried out without trouble.