Embezzlement of Wages in Germany: Shorter Statutes of Limitations Planned 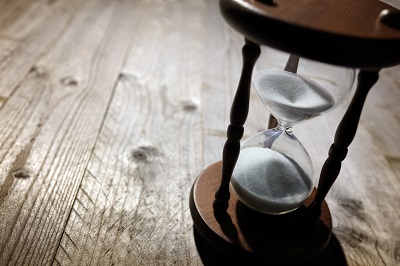 The payment of social security contributions is becoming a pitfall for many companies in Germany. Failure to pay contributions is usually severely punished. According to the German Criminal Code (Section 266a StGB), it is a criminal offence to withhold or embezzle wages as an employer.

Delayed payment of social security contributions is punishable by law

In practice, this often happens in connection with non-payment or late payment of social security contributions. The statute of limitations is a particular source of uncertainty for employers. This period begins once the criminal offence is concluded. However, due to the close proximity to social security law, the offence of withholding and embezzlement of wages is only concluded when the obligation to pay contributions has expired. The obligation to pay contributions expires, for example, if the amounts are paid at a later date or if the person concerned leaves their position as a representative of the employing company.

Statute of limitations almost impossible in cases of embezzlement of wages

In all other cases, by default, the obligation to pay contributions expires four years after the end of the calendar year in which it became due. This does not apply to intentionally withheld contributions. In this case, social security law provides for a statute of limitations only after 30 (!) years. The criminal statute of limitations, which is five years in the case of withholding and embezzlement of wages, only comes into effect after that. If, in addition, a possible interruption of the statute of limitations occurs, the period may amount to a total of 40 years and 364 days in the worst case.

Does it make sense to pay social security contributions retroactively?

In this context, those affected naturally ask themselves the question whether they should make up for the payment of contributions. In fact, withholding and embezzlement of wages and salaries may allow for a voluntary disclosure, including payment of arrears, which provides an exemption from criminal prosecution. Compared to the voluntary disclosure in cases of tax evasion, however, the voluntary disclosure within the framework of Section 266a StGB is of little practical relevance. The reason for this lies in the strict requirements for exemption from prosecution, which is only granted if the employer notifies the collecting agency in writing of the amount of the withheld contributions at the latest by the time they are due or immediately thereafter, and explains why it is not possible to make the payment in due time, despite having made serious efforts to do so.

Exemption from punishment not certain in case of voluntary disclosure

Even if the employer in question meets these strict requirements, he/she cannot be sure of impunity, since the law states that courts in these cases “can” refrain from punishing the employee, but they do not have to. Nevertheless, as always, a confession and subsequent compensation for damages can have a mitigating effect on the sentence. It must be examined individually for each case if a disclosure of the offence makes sense.

Reduction of the statute of limitations intended

However, a ray of hope for those affected is offered by a current inquiry request of the first penal senate of the German Federal Court of Justice (BGH of 13.11.2019 – 1 StR 58/19). The court intends to deviate from the above-mentioned decades of case law on the start of the statute of limitations. According to this decision, the statute of limitations for withholding and embezzlement of wages should already start as soon as the due date has passed. This means that from the point in time when, for example, social security contributions should have been paid, the offence becomes time-barred within five years.

Change of jurisdiction could result in impunity!

If the remaining criminal senates agree to the change in jurisdiction – and that currently appears to be the case – this could also have an impact on criminal proceedings already underway. For example, proceedings in which the due date was more than five years ago could be discontinued in whole or in part. The prosecution of undiscovered crimes that were committed before a certain point in time would be hindered by a ban on prosecution.

Even businesses that have acted with intent benefit from new rulings. We will gladly examine in each individual case to what extent this will benefit your company.

We are happy to examine whether you can benefit from the proposed shortening of the statute of limitations and develop a customized defense strategy for you. Based on our expertise not only in commercial criminal law, but also in social security and employment law, we can provide you with comprehensive advice, also with regard to proceedings against the German Pension Insurance Agency, because these proceedings are usually conducted simultaneously. Please feel free to contact us with your questions before possible infringements can cause any damages.

Continue reading:
Our counselling services with regard to commercial criminal law