Import, Export and Customs Issues: the Consequences of a Hard Brexit 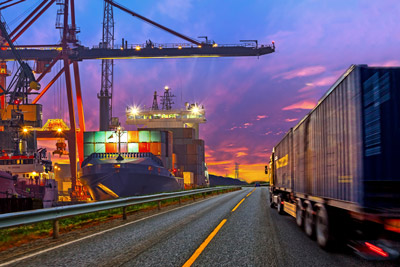 Which consequences could a hard Brexit have for customs?

In the referendum of June 23, 2016, a small majority of British voters decided to withdraw from the European Union. Since then, the British government and the European Union have been conducting unsuccessful withdrawal negotiations, with a particular focus on trade law issues.

After the last extension, October 31, 2019, has now been set as the official withdrawal date. The fact that the contracting parties can reach a withdrawal agreement, let alone a transitional arrangement, by then is doubtful considering the election of the new Prime Minister Johnson, who is regarded as a strong supporter of a hard Brexit. As a result, the feared “No-Deal-Brexit”, i.e. Britain’s withdrawal without a withdrawal agreement, is becoming more and more likely. British and EU-based companies that do business with each other should therefore be aware of the customs consequences that a hard Brexit could have.

Customs traffic is regulated uniformly within the EU. The relevant customs regulations can be found in the Union Customs Code (UCC). All European member states are in the so-called customs union. The customs union guarantees the free movement of goods, which means that member states are prohibited from levying customs duties on each other. This means that companies established in the EU do not have to fear any restrictions, customs duties or similar duties when trading with each other. Until now, goods could be transported as Union goods between Great Britain and the EU without customs formalities.

Commercial status of Great Britain after leaving the EU

In the case of a hard Brexit, the legal obligation to the Community customs law of the EU ceases with the withdrawal for Great Britain. This would mean that Britain would initially lose its access to the European internal market and would be granted the status of a non-member country from a customs point of view. The EU has a uniform customs tariff for non-member. Import bans or restrictions may apply. As a result, goods from or to the UK would lose their status as Union goods and thus be subjected to customs law processing.

When non-EU goods are imported into the EU or definitively transferred to a non-member country, they are subject to customs control, i.e. control by the customs authorities. Importers and exporters thus have to comply with numerous customs regulations and obligations. These include

With the withdrawal of Great Britain, British goods not only lose their status as Union goods, but also their status as originating products of the EU. The preferential originating status of a product is relevant for possible import tariff concessions. British goods would no longer be covered by the preferential agreement in the event of a withdrawal and would therefore not receive any tariff reductions on import. If EU companies manufacture products using UK materials, this could also have an impact on the EU traceability of the final product.

A hard Brexit would also have an impact on product safety. With regard to the CE marking obligation, certificates from British testing institutes would lose their validity overnight. In addition, stricter requirements under the Product Safety Act apply to imports of products from a non-EU country.

Affected companies should be prepared

Should a hard Brexit actually occur, the consequences under customs law alone would pose an organizational and economic challenge for the companies concerned. The effects listed here are by no means to be considered as final. Companies that have commercial relations with Great Britain should now check whether their company is sufficiently prepared for a hard Brexit. Our customs attorneys will be happy to assist you.