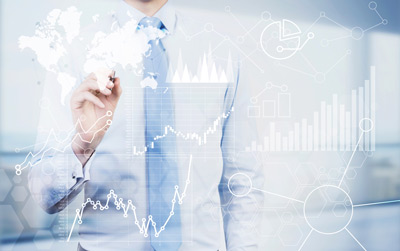 For a long time, there was silence about the “Law on Combating Corporate Crime” agreed in the German coalition agreement. The Federal Ministry of Justice has now presented a revised draft law under the new name “Law to Strengthen the Integrity of the Economy”. At the heart of the legislative initiative remains the so-called Corporate Liability Act (Verbandssanktionengesetz), which makes German associations (GmbH, AG, Vereine, UG, KdöR) more accountable than before for company-related crimes committed by their employees. The amendments to the first draft of a Corporate Liability Act are manageable. Interest groups and federal states now have the opportunity to comment on the draft law.

No dissolution of associations

In contrast, the drastic means of dissolving the association, which was recently given the pejorative name “death penalty for companies” by critics, has been dropped without replacement.

The legislator has once again strengthened the importance of internal association investigations. For internal investigations, the company contracts external service providers – usually law firms – or its own staff to conduct investigations to uncover and document criminal offences within the company. If the company supports the investigating authorities by handing over its own investigation results and thus makes a valuable contribution to clarifying the facts of the case, the court “must” (bound discretion) mitigate the sanction.

The departure from the wording “may mitigate“, which the old draft still provided for, makes an important contribution to the predictability of the benefit of internal investigations.

Managing directors as well as board members will therefore have to weigh up whether “internal investigations” bring more advantages than disadvantages in their case if there are indications of criminal offences. Due to the mandatory mitigation of penalties, “internal investigations” will probably often be useful to protect the company. As a rule, external specialists with at least one internal employee should provide the best mix.

After all, the strict qualitative requirements for internal investigations still remain. For example, the mitigating consideration of internal investigations requires full and uninterrupted cooperation with the prosecuting authorities. The auditors would therefore have to have sound legal knowledge in order to be able to assess which information is to be passed on and which information constitutes company secrets.

The clarification in the draft is praiseworthy in that it does not establish an immediate obligation to disclose or to immediately communicate the results. If, however, the prosecuting authorities approach the association in the course of their investigations, mitigation of the sanction can, according to the authors of the draft, only be achieved if the association cooperates with the prosecuting authorities immediately. Immediate cooperation requires that the association decides on the cooperation within a short period of time. Since only correctly conducted and insightful internal investigations lead to sanction mitigation, these should ideally be conducted by experienced legal advisors.

The point in time of disclosure also gains in importance through the newly added Section 17 (3). Accordingly, particularly early disclosure and cooperation with the prosecution authorities has a positive effect on the level of sanctions.

However, mitigation is excluded if the association does not disclose the results of its internal investigation until after the main proceedings have been opened. In addition, the court must take into account the extent of support and the significance of the investigation results for the clarification of the crime when determining the amount of mitigation.

We support your company

Should you have any questions regarding “internal investigations”, our experts will be happy to assist you. We conduct employee surveys in your company/association and sift through documents in order to clarify a suspicion and then, if necessary, enforce claims for damages against the injuring party. We also advise you whether and when it makes sense to file a criminal complaint and whether cooperation with the authorities is appropriate. Contact us!