Coronavirus: Withdrawal, Cancellation And Rescission of Contracts in Germany 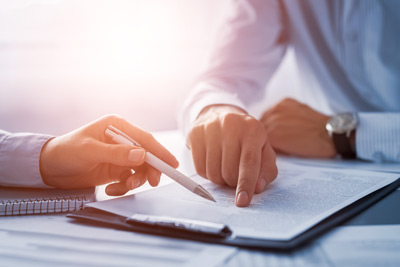 How can companies and NPOs in Germany deal with previously concluded contracts?

At the end of December 2019, coronavirus broke out and has been spreading worldwide ever since. Major events are being cancelled or postponed, schools and universities are being closed and entire towns and villages being sealed off. As the virus spreads, more and more event organizers, producers, suppliers and nonprofit organizations are running into difficulties. Many already face the threat of insolvency. But what rules apply if contracts have already been concluded and expenses incurred? Who is liable for what?

Generally speaking, contracts must be fulfilled. Anyone who orders the delivery of goods or who commissions services must also accept them and carry out the agreed return service (payment).
However, a key factor are the agreements made between the individual parties. The “small print”, i.e. the general terms and conditions (GTC, terms of trade), play an enormously important role and are decisive in determining who will ultimately bear the economic loss.

Whether a cancellation (withdrawal, termination, rescission) of a contract is possible, depends first of all on the details of the individual contract agreed between the parties as well as on the general terms and conditions/terms of trade on which the transaction is based.

If the parties have agreed on a cost-free cancellation clause in individual cases or if such a clause is included in the GTC, cancellation is possible without any further legal consequences. However, many contracts stipulate certain deadlines for exercising this right. If the deadlines are not met, compensation or cancellation fees may be applicable.

If a cancellation clause which is subject to charges has been agreed in the GTC, the first question that arises is whether this clause has been correctly included and thus become part of the contract.

Are cancellation charges also permissible in connection with coronavirus?

Surprisingly often, the party invoking the GTC fails to prove that these are correctly included in the contract. Even if the GTC have been effectively included, they can be invalid. GTC in the B2B sector may not be subject to such strict GTC reviews as GTC applied to consumers. Nevertheless, jurisdiction is often based on the same legal standards and evaluations, so that clauses can also be invalid in the B2B sector.

Here it always depends on the circumstances of the individual case. The legal consequences (compensation, cancellation charges) of restrictive GTC clauses should therefore not be accepted without first having them reviewed. We would be happy to provide you with such a review.

Does the “force majeure clause” apply in connection with coronavirus?

Many GTCs contain a so-called force majeure clause. In this context, particular attention should be paid to whether the agreed contract contains a choice of law clause. The likelihood of the courts to acknowledge force majeure depends to a great extent on the choice of law.

While Germany is rather reluctant to accept force majeure, the courts in Great Britain are somewhat more liberal, but not as liberal as the courts in China. Official bans and orders that make deliveries impossible in the case of coronavirus (SARS-CoV2) are likely to lead to an acknowledgement of force majeure even under strict German jurisdiction.

The legal consequences depend on the specific clauses agreed between the parties. However, the parties often agree to exempt each other from the major contractual obligations. Each party must then bear the adverse consequences resulting from the disruption or delay in performance itself and have no claim to compensation for the consequences of risk. A claim for compensation against the contractual partner is usually excluded due to absence of fault.

The unilateral withdrawal clause due to force majeure is a special case. In such a case, one party to the contract reserves the right to withdraw due to force majeure and does not grant the other party this right. If such a clause has been agreed upon in an individual contract, the only limitation is the principle of “good faith” pursuant to Section 242 of the German Civil Code.

However, if this clause is a GTC clause, the first step is to check whether it has been correctly included and then to carry out a review of its content in accordance with Section 307 of the German Civil Code. In this context, it should be noted that the results of the review may vary depending on the type of contract. We would be happy to review the corresponding clauses for you to determine their validity.

Legal right of withdrawal in connection with coronavirus

Legal rights of withdrawal can also entail the rescission of contracts as a legal consequence. In particular, interference with the basis of the transaction pursuant to Section 313 of the German Civil Code may be considered as statutory grounds for the right of withdrawal. It should be noted that force majeure is an already recognized case group for the interference with the basis of the transaction.

Are you unsure whether your contract can be cancelled due to force majeure? As a company, you would like to withdraw from a contract but want to avoid cancellation charges and contractual penalties? Our team will advise you on all questions relating to contract law and on all contractual changes due to coronavirus. We will be happy to assist you. Contact us via e-mail or telephone (+49 (0)69 76 75 77 80).

Continue reading:
Coronavirus: Companies in Germany Can Count on These Tax Breaks
Full coverage of our corona articles