Check Your Own Trademark Rights Regularly! 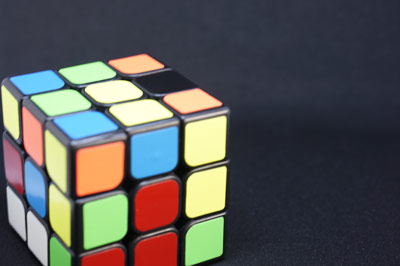 The Rubik’s Cube has no trademark protection.

There is probably no one around who hasn’t held the multicolored magic cube called Rubik’s Cube in their hands at some point. The dispute over the European trademark rights to the cube, designed by the Hungarian Ernö Rubik, has now been in the hands of the General Court of the European Union (EuG) in Luxembourg.

Rubik’s Cube has no trademark protection

In 1999, the British company Seven Towns, which at the time managed the intellectual property rights for the Rubik’s Cube, had the design of the cube protected. The trademark protection of the design meant that no one was allowed to reproduce the Rubik’s Cube without prior permission.

Not the design, but the technical execution is the essential characteristic

Simba Toys, a toy manufacturer based in Fürth, Bavaria, applied for cancellation of the registered European Union trademark in 2006. Its reasoning? The essential characteristic of the toy, which has since been sold more than 500 million times, is not the design, but its rotatability, thus a purely technical solution, which can only be protected by patent, but not by a trademark.

The current rights owner, Rubik’s Brand Limited, then filed a suit against this cancellation to the European Court of Justice and lost. The judges followed Simba Toys’ line of reasoning that the rotatability of the individual parts of the cube was the unique selling point of the Rubik’s Cube and could therefore, as a technical solution, not qualify for trademark protection.

However, the legal dispute, which has gone on for years, has not yet been finally laid to rest. Rubik’s Brand can, if it is admitted, lodge an appeal against the decision to the ECJ.

If even products as well known as the Rubik’s Cube can lose their trademark protection, this is all the more true for less well-known trademarks. Ultimately, the only way to avoid unpleasant surprises is to regularly review the necessary requirements for a registered trademark. Having done this, an application for cancellation of one’s own trademark filed by competitors as in the above case will no longer be a case for concern. We will be happy to review your trademark rights.

Continue reading:
Why the Registration of a Trademark May Be of Crucial Importance for Your Business
Trademark Protection for your company